This vegetarian asparagus recipe has some french accents. With asparagus as the only main ingredient, the solution left was to play with textures and seasoning. Hannah & Flore went for a creamy and tasty flan spiced up by a crunchy fennel-asparagus tartare. Bon appétit!

The Asparagus Flan was served at Spargel International, a one day food festival organised by Contemporary Food Lab, head over to their website to learn more about their projects.

Simmer the asparagus in salty water until tender.
Put in the mixer bowl with the lemon juice, salt, pepper and  cream and blitz till smooth.
Dissolve the agar in 2 spoons of water, then boil it – add to the mix and blitz again.
Put in a long cake mould with plastic underneath and let it cool down in the fridge for 3-4 hours before cutting.

Peel the asparagus and the fennel, cut them in small squares and mix with the other ingredients. Let sit half an hour before serve with the flan. 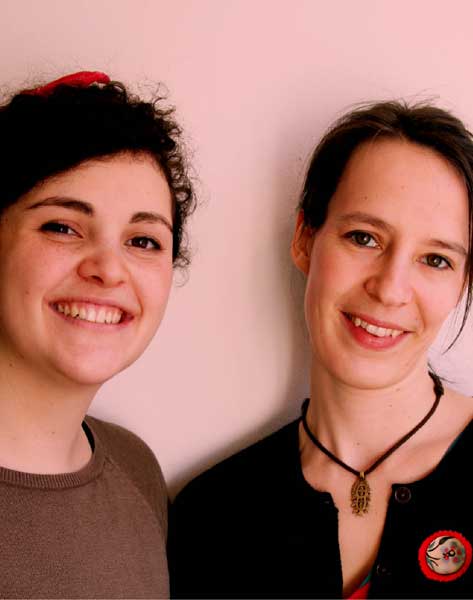 Flore Granboulan is originally from France and decided to come Berlin to pursue her passion for vegetarian cooking. Hannah Bouloudis from the UK loves exploring other cuisines and decided that, after some extensive travelling, Berlin is the perfect culinary place for her to be. Together they have joined forces and created Kraeuterkollektiv, a vegetarian catering company. This dish follows the French tradition. We have been inspired by the interaction between the asparagus growing region Val-d’Oise and the vibrant bistro scene of Paris. We decided to pair up the asparagus with other fresh spring-time flavours one can find growing in the same area. The result is an original composition with stimulating textures that is prepared in a way that most people would not associate with asparagus.