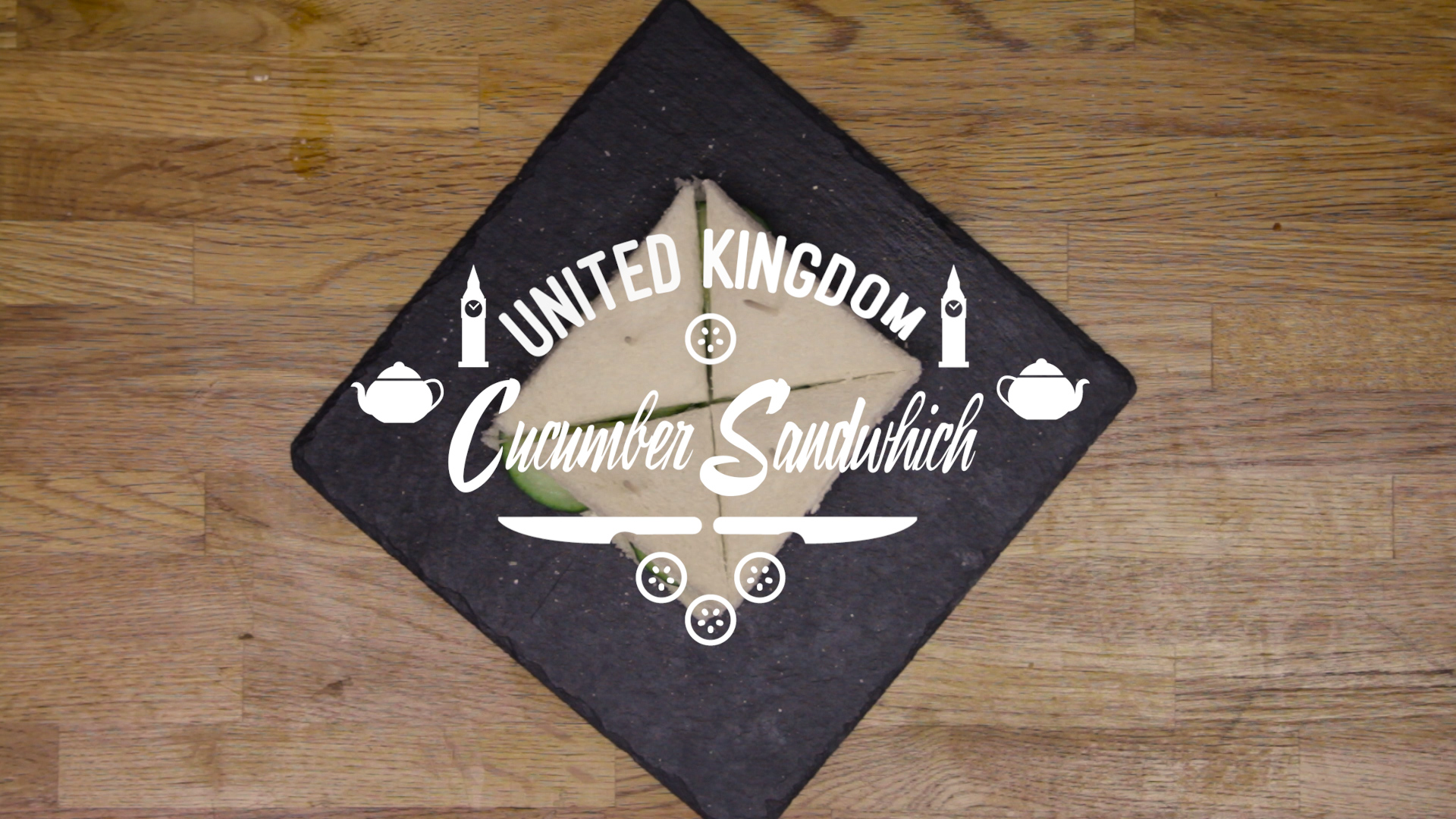 The cucumber sandwich recipe may sound simple but sometimes the simplest things are the hardest to achieve. And with only three ingredients, white bread, butter and cucumbers – not the most flavorful ones ever! – how can you get an amazing result? And most of all, why is the least nutritious sandwich of our collection so famous?

When you think about cucumber sandwiches, you generally think of “tea time”. But you might wonder: do they actually sustain anyone through a rainy and cold British afternoon alongside the golden cup of Earl Grey?

The best sandwich for playing croquet

Of course not! But it appears to be in this very insubstantiality that the power resides. Historically, this sandwich grew famous as a symbol of luxury: it was intended to celebrate the sedentary lifestyles of the Victorian upper class for which the nutritional redundancy of an ultra thin, white bread sandwich filled with a vegetable that’s 96% water was totally deliberate. Who needs energy to play croquet or go to the opera? By contrast, people from the working classes preferred a more satisfying protein-filled sandwich for a tea time that would actually be their only supper.

God Save the Queen and the cucumber sandwich

The sandwich was popularized over the 20st century thanks to the invention of a technique allowing cucumbers to be produced in the United Kingdom most of the year. But as tea time has become less popular, so too has the cucumber sandwich, even if it is still frequently served for traditional occasions such as teas, luncheons and gatherings. An interesting historical taste evolution: nowadays most cricket clubs supply malt vinegar and ground pepper to season the sandwich, proving that delicacy might no longer meet the English taste criteria.

Should you need any further persuading of the merits of this little sandwich, the cucumber sandwich was praised by American scientists from the American Chemical Society as the best dish to regulate body temperature and stave off dehydration during a heat wave…

How To Prepare the Cucumber Sandwich

Peel the cucumber, slice it paper-thin and season with a bit of salt. Let it lose its water for 10-15 minutes. To take, or not to take away the seeds, that is the question… that you’ll have to answer yourself!

Spread a thin layer of butter across the whole surface of the bread to prevent the water from the cucumber from soaking the bread.

Place a thin layer of cucumber slices across the bread and place the second slice of bread on top.
Then cut the sandwiches. In what shape? Square, triangle and rectangle… another debate takes place here. But the essential point is actually to make them as neat as possible (so press down well while cutting).

There! They are now ready to be served with tea!

Notes: American variations replace butter with cream cheese, and may add salmon.
If you want a healthy version, go for whole grain bread instead, but be aware that you won’t have the “original” version!