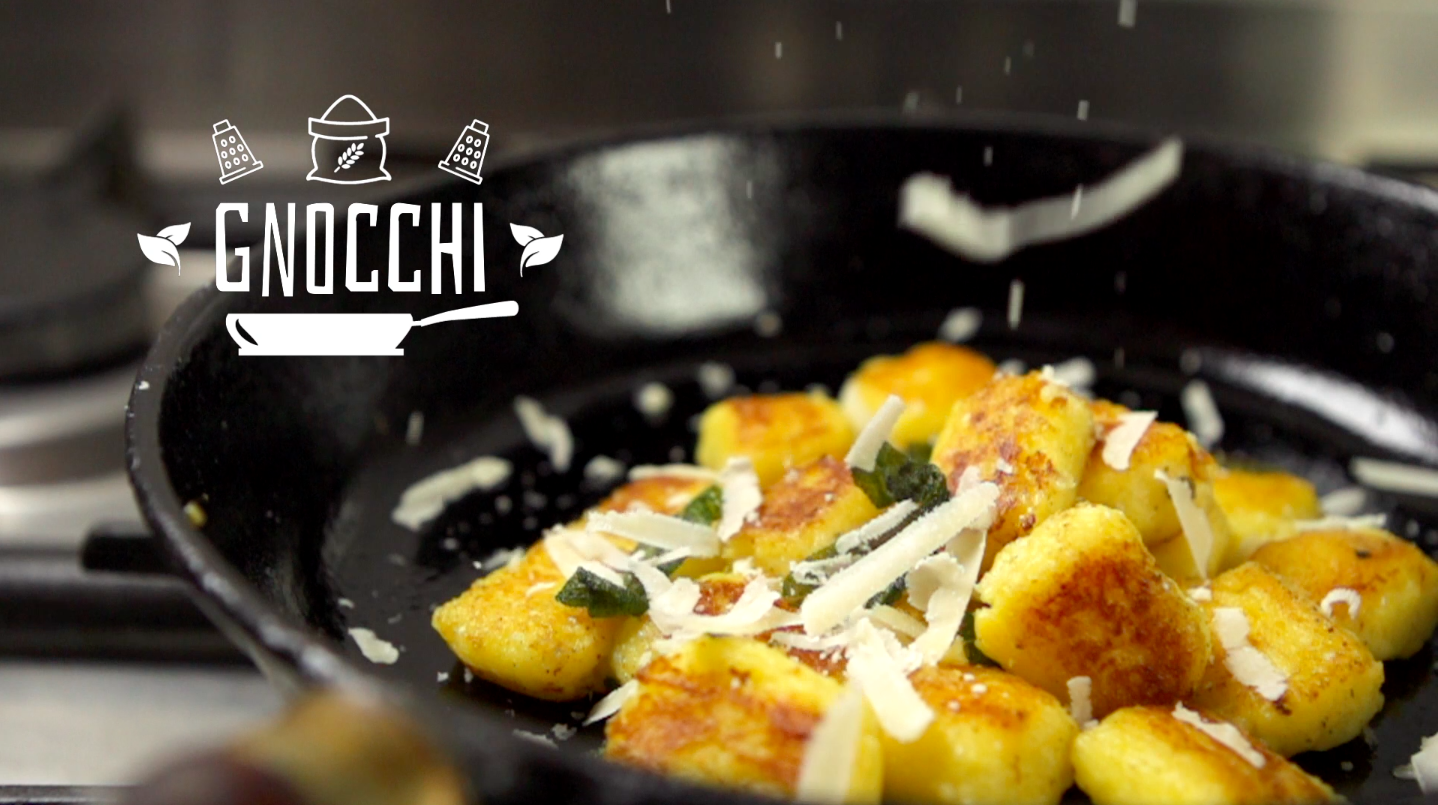 There are many recipes for gnocchi, the little Italian potato dumplings. Some only call for potatoes and salt, some add flour and/or eggs. I tested the potato-only version before the shooting and the result was very poor. Maybe also because I did not use a potato press. The important thing I found out is that the more water you extract from the potato while cooking it, the better the gnocchis stay together when you boil them later. Therefore I baked them in the oven on sea salt, as the salt extracts the water. Also, the finer the dough, the better. That’s why I recommend using a potato press – or, like we did in the video, a closed meshed strainer. You want to make sure that there are no little chunks in your dough. Eat them with a sauce or fry them with a little butter and parmesan – they are so yummy. 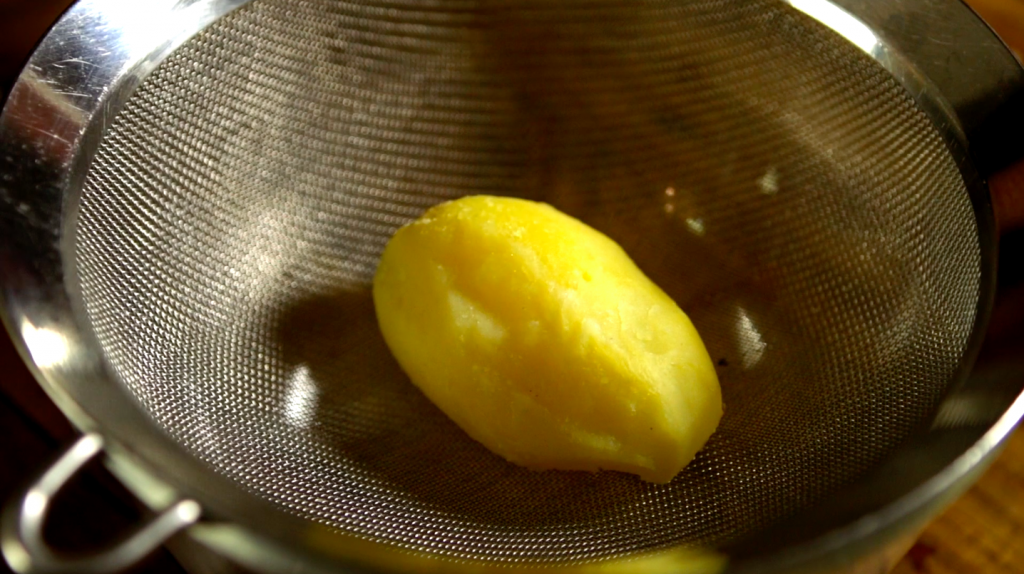 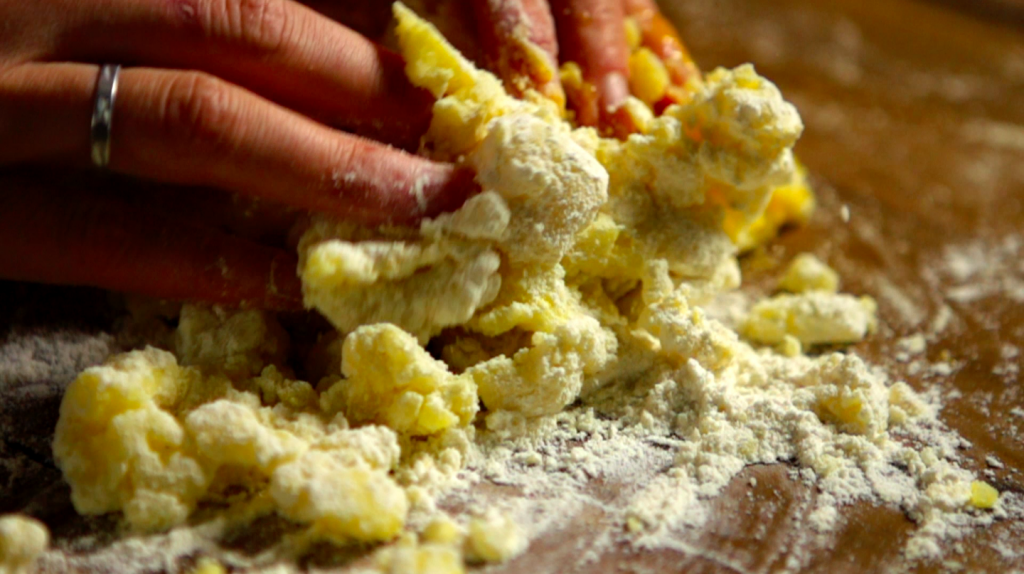 HOW TO
preheat oven to 200 degrees Celsius
line a baking tray with the sea salt and place the potatoes on top
bake in the oven for 30 mins or until potatoes are soft
peel potatoes and press trough potato press
mix the potato dough with flour, egg and salt (to taste)
sprinkle your work top with flour
divide the dough in two parts and roll them into two long ‘sausages’, 3 cm thick
with the back of a knife cut the sausage into 4 cm long ‘parcels’
cook the gnocchi in salt water for 3 minutes until they come to the surface
heat a pan and melt some butter in it
fry the gnocchi until golden brown and add parmesan, salt, pepper to taste 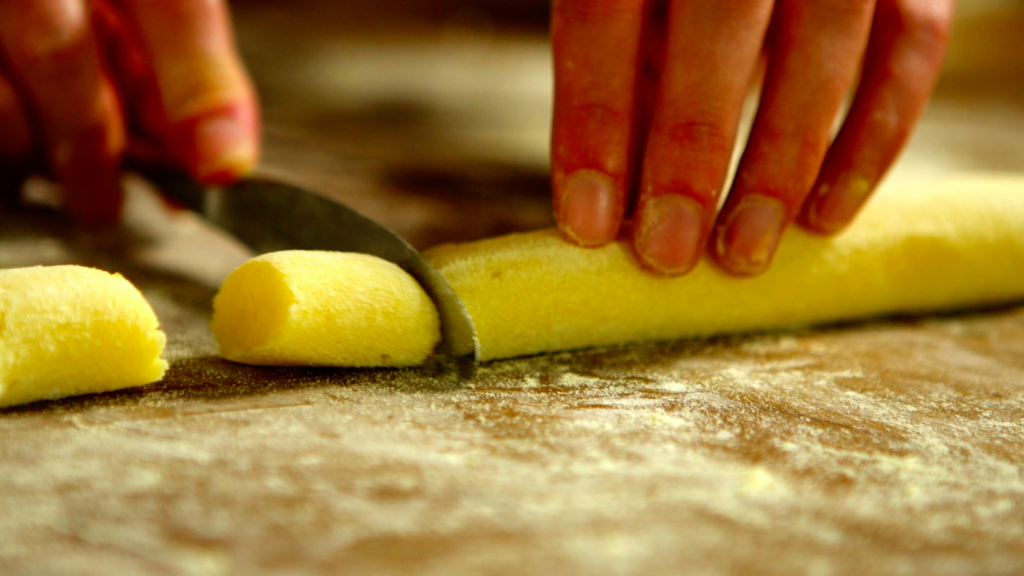 Watch our video 14 Ways to transform a Potato to get inspired at http://www.foodpeopleplaces.com/14-ways-to-transform-a-potato/