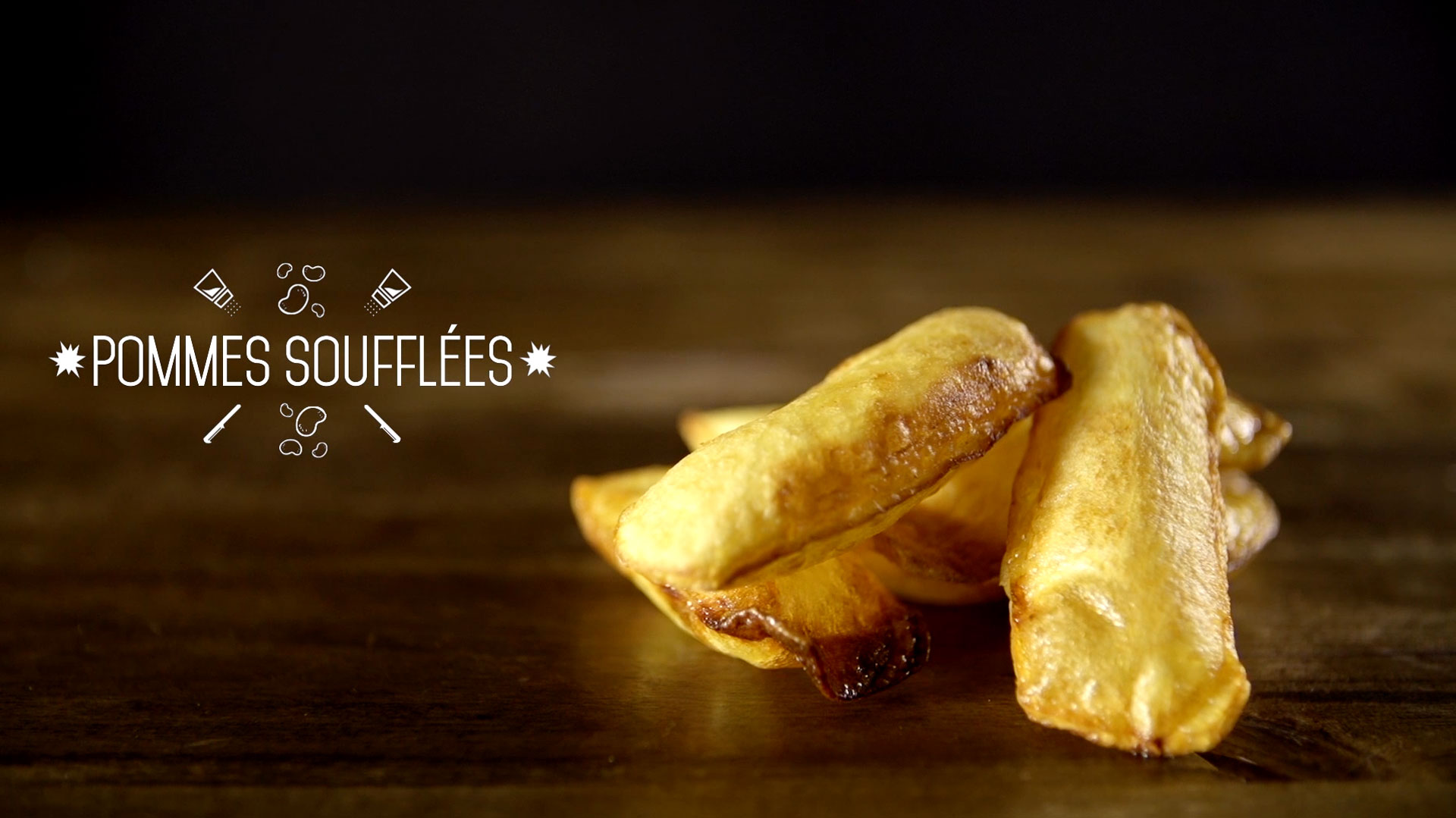 He was trying to do French Fries
The legend says that, like numerous recipes, the pomme soufflée resulted from a mistake. A French chef from the 19th century was cooking fries (back then in slices and not sticks) for a royal member when he heard that her train was late. He took out the potatoes and reput them in hot oil a bit later. What wasn’t his surprise to see them all puff like a balloon!

Potato balloons
The two sides of the potato basically detach themselves and the humidity inside the potato turning into steam thanks to the heat. For those who never ate them, it will be like a puffed crusty chips. A real potato balloon, that in traditional French restaurants go with meat or fish.

Technic… and magic !
This is clearly the most technical recipe of our list. A lot of little details matter to manage this perfect chemical reaction : the dryness and thickness of the potato slices (not too big nor thin), the temperature of the two oil baths, the constant attention etc. But when the magic happens, you will feel like a child.

Peel the potatoes, keep them in cold water to avoid oxydation. Heat up the two saucepan of oil, one to 150°C, the second one to 180°C. 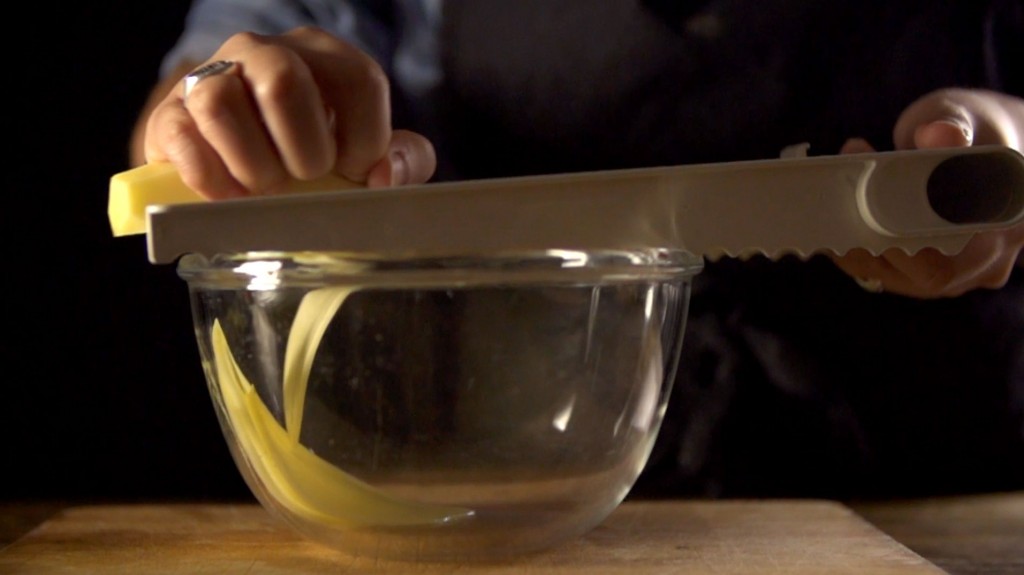 Using a mandoline or a sharp knife, cut each potato in 3-4 mm slices. You can give them a special shape if you like (trim them into diamond, triangle, square etc) or keep them natural. Dry them well using paper towel.

Place cautiously a few slices of potato into the 150°C oil bath. I recommend to try them only little by little (4 slices maximum). Using your cooking spider, constantly stir in the potato to avoid them to stick together, to cover them with oil and to keep them in movement. You can also cautiously shake your saucepan (see here how to). After a while you will see them turn white and some bubbles will appear on their surfaces (about 5 minutes). It’s time for the second frying. 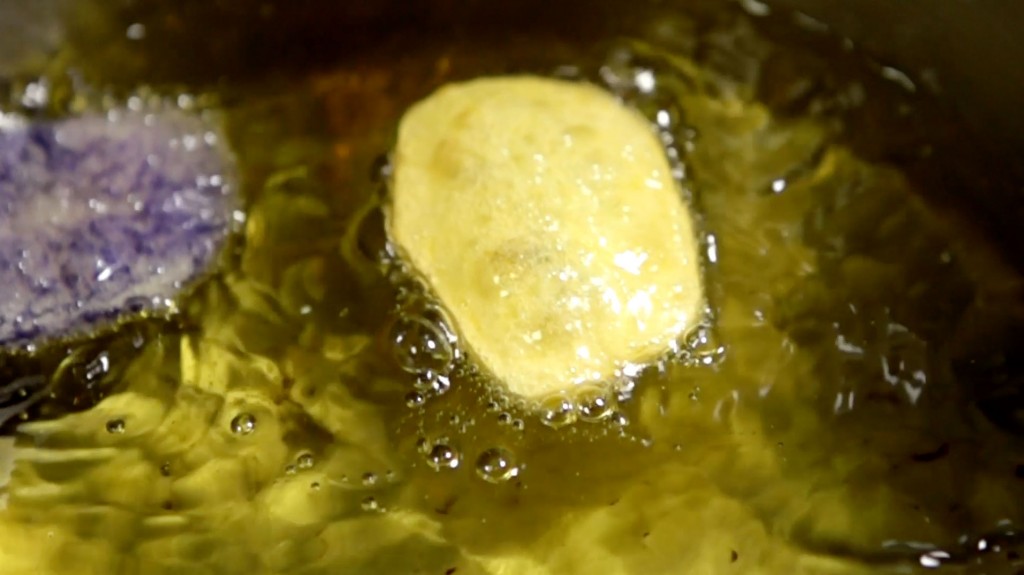 Using your skimmer, take out the slices when they are ready and put them in the second oil bath. They should immediately blow up. Maintain them a few seconds under the oil to fix the shape and let them color gently. When they are golden brown, take them out and add salt.

Note : You may have to try a few times until understanding the process. Too thin, they will cook entirely in the first bath and not blow later. Too thick, the sides won’t separate. Sometimes a tiny hole will prevent the potato from remaining puffy. But when it happens, it’s magical!