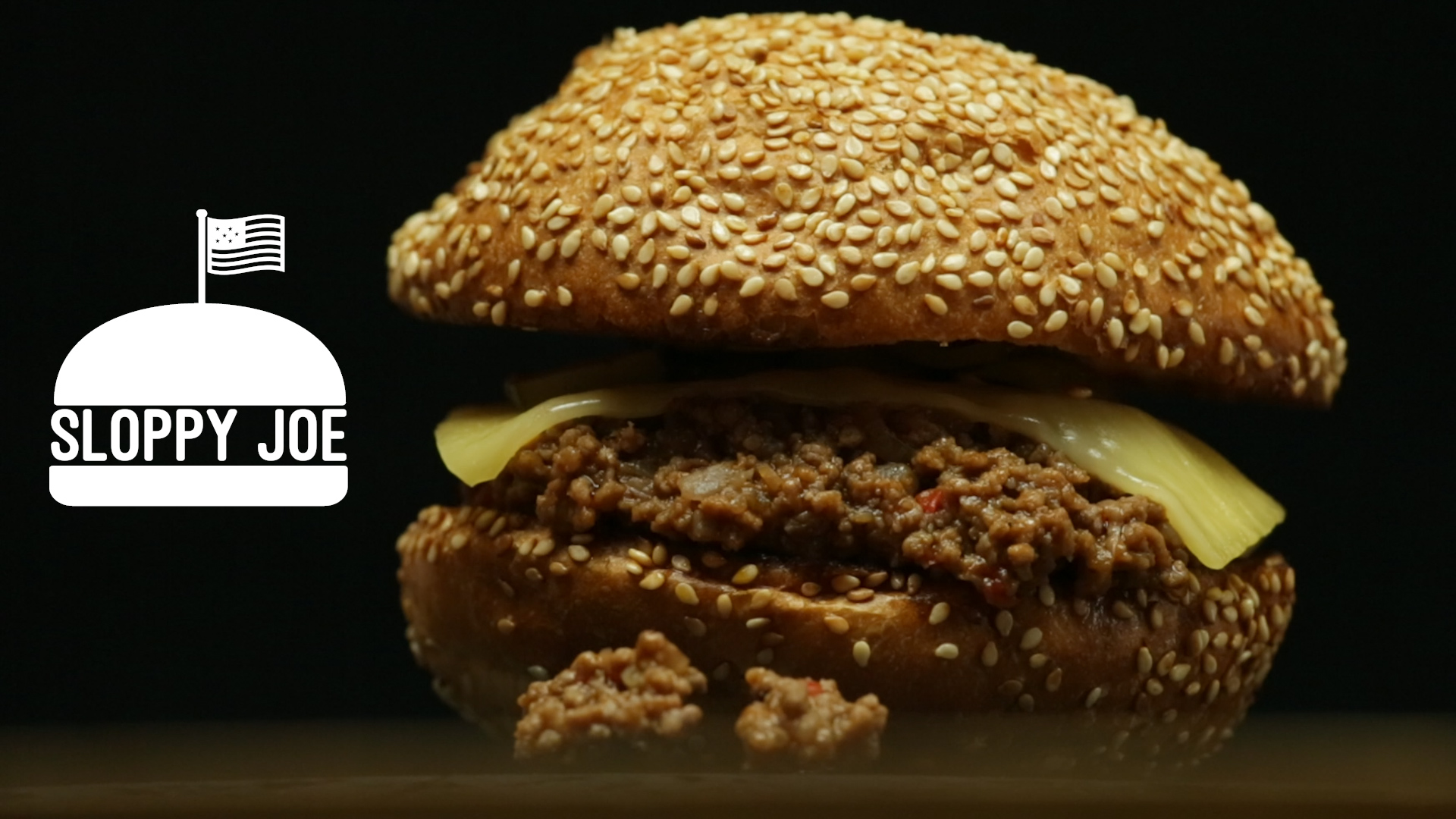 The Sloppy Joe is a typical American sandwich, super cheap and super easy to make, consisting of ground beef in tomato sauce with spices, served on a hamburger bun. Its simplicity and the warming effect of those basic ingredients have greatly contributed to its reputation as a fantastic comfort food.

Though the dish originated in the US during the early 20th century, references to the name “Sloppy Joe” only began to appear in the 1940s. Before, the same ground beef sandwich had been called “Toasted Deviled Hamburger”, “Chopped Meat Sandwich” “Hamburg à la Creole”, “Beef Mironton” or “Minced Beef Spanish Style”. These names show that no one really knew what culture the dish actually came from, though sociological explanations bring some context to its invention.

A Way To Reuse Meat

One theory says that this ground meat sandwich was a perfect way to reuse loose meat. Another theory is that since many consumer products, including ground beef, were rationed during World War II as a way to help the American war effort, homemakers were forced to look for creative ways to stretch the household food dollar. As a result, they would mix ground beef with various sauces to help make the supply last longer. A classic example is the Depression-era trick of stretching hamburger meat.

Who was Sloppy Joe?

So that said, where does the name “Sloppy Joe” comes from? One school of thought is that Joe was the name of cook in Sioux City, Iowa in one of Floyd Angell’s restaurants, who helped develop the concept of ground meat cooked loosely in a skillet – that eventually came to be known as a Sloppy Joe. Another theory states that the name spread to many restaurants serving the sandwich that opened in the 1930s in the wake of the success of Sloppy Joe’s restaurant in Key West, Florida. Finally the last theory, supported by Ernest Hemingway himself, was that the Sloppy Joe was the name of a bar in Havana, Cuba. As it’s probably a mix between the three, the definitive answer cannot be told.

Really popular, cheap, easy to prepare and nourishing, the Sloppy Joe quickly spread throughout family mealtimes and school cafeterias in the US. Combining ground meat, onions, ketchup, Worcestershire sauce and other seasonings with a soft, lightly sweetened burger bun, it also had all the weapons necessary to seduce children’s palates. Today, most Americans speak about the messy sandwich with emotion, linking its taste to their teenage time.

Although the traditional Sloppy Joe is simple, its variations are now infinite. Some restaurants prepare it with chuck roast or even chicken, while others call for different spices like cinnamon or brown sugar. At home, everything is possible: add veggies (mushrooms, bell pepper, dry tomatoes), herbs (origan or cilantro), bacon strips, spices (curry, chipotle), use wine in the sauce, etc. And most delicious of all, top it with cheddar or any other meltable cheese for the ultimate comfort food of anti-adulthood!

HOW TO PREPARE SLOPPY JOE SANDWICH

In a large frying pan, add some olive oil and at medium heat, fry the onion, celery and garlic.
When the onions become transparent, add the meat and sear. Add ketchup and fry a bit.
Lower the heat and add the rest of the ingredients.
Cook until sticky.

Slightly butter the buns, and let them grill 5-10 minutes in the oven until crispy.

Place one on the plate, cover with a bit of the meat mixture, add a slice of cheese, and top with the second half of the bun.
Enjoy the delicious mess!

Special thanks to the great Omer Schacham for his recipe and skills, and Schiller Burger for their delicious homemade bun!