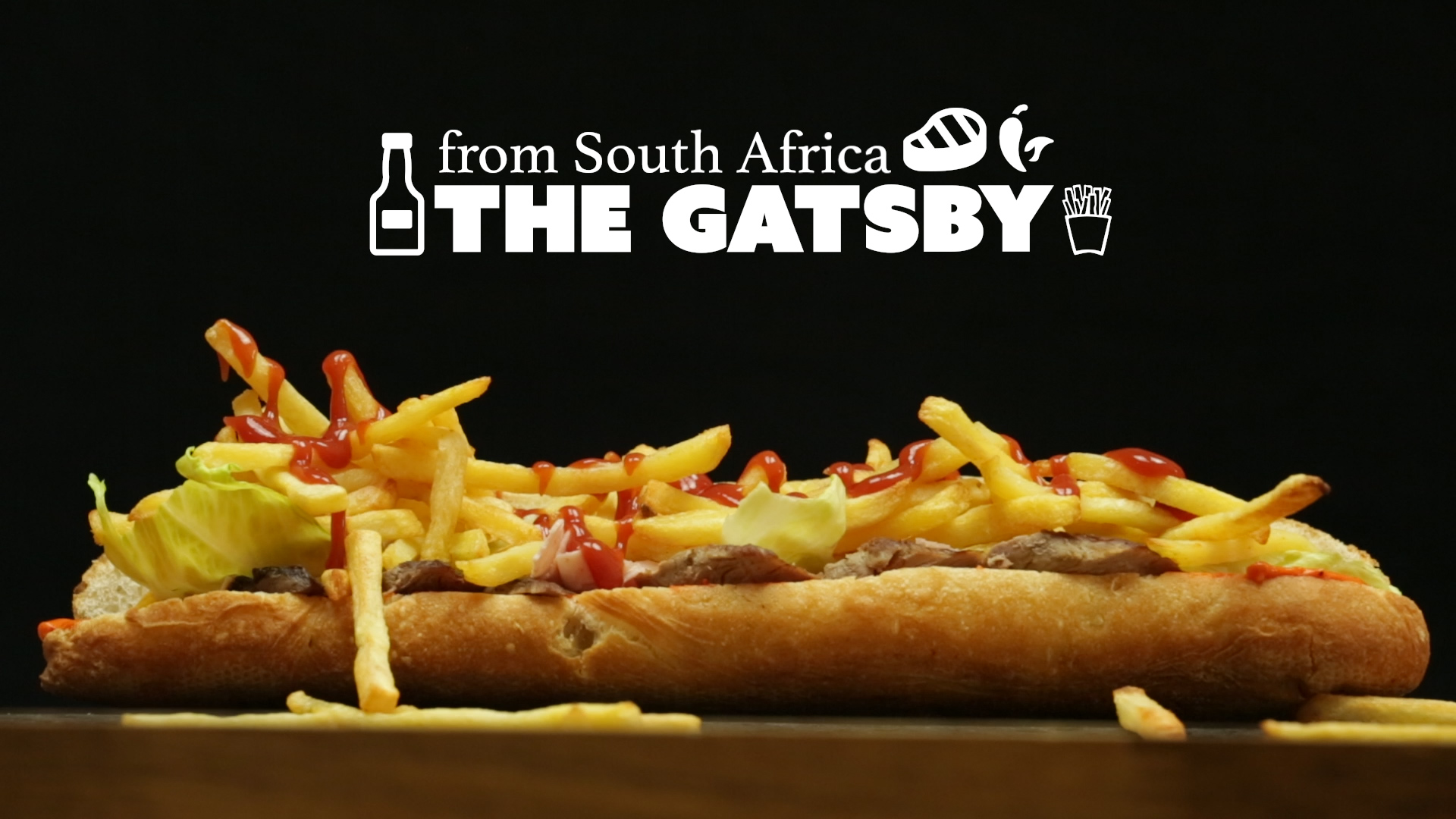 You know the book. You’ve heard about the first movie. You’ve probably seen the second, DiCaprio version. But do you know the Gatsby sandwich? There are very few common points between the elegant, elusive character and the giant straight-to-the point South African sandwich, except perhaps their decadence. Time to discover the best guilty pleasure of Cape Town nights!

South Africa is a melting pot of cultures resulting in a vast array of street foods. The invention of the giant Gatsby sandwich, perfect for sharing with friends after a exhausting night out, is no exception to this rule.

When an Indian fish & chips shop invents a meat sandwich

Originating in the Cape Flats area of Cape Town, the Gatsby sandwich is said to have been created in 1976 by the proprietor of a local fish & chips shop, Rashaad Pandy. According to legend, Rashaad had to feed a group of day laborers while he had run out of fish. Forced to improvise with what he had left, he filled a round Portuguese loaf with chips (thick French fries), fried bologna (an Italian sausage similar to mortadella and also called polony) and achar (an Indian hot pickle). The fat sandwich was cut into four parts to be shared between the laborers, and there you have it: the sandwich was born. Only its name was still missing.

The Great Gatsby was being screened in the cinema

But why was it called Gatsby then? Well, as the myth would have it one of the laborers -named Froggie – won over by the delicious unseen combination exclaimed something like “This is fantastic – a Gatsby smash!” (meaning it’s a winning dish). At the time, the Great Gatsby movie starring Robert Redford had recently been screened at the local cinema and Froggie had apparently seen it. Sandwich: check. Name: check. For the story, Rashaad Pandy still provides the Gatsby sandwich at his Super Fisheries shop today.

Cheap, filling, perfect for sharing, and open to improvisations, the Gatsby sandwich quickly became the favorite of the streets of Cape Town and as well as throughout country. Today the sandwich has evolved: the round roll has been replaced with a 1-foot-long loaf, easier to eat and to cut, and is more commonly filled with fried fish, calamari, chicken, eggs, sausages or masala steak. But the basics remain the same: if it has no fries and no hot sauce (achar or piri-piri, a Portuguese sauce) all over it, it’s not a true Gatsby!

How to prepare a Gatsby Sandwich

Heat the olive oil in a heavy skillet over medium-high heat. Add the bologna in a single layer and cook until undersides are browned, 2–3 minutes. Flip and continue to cook until browned, about 2 minutes more.

While the bologna cooks, stir together some ketchup and hot sauce, to taste.
Remove the griddled bologna from the heat and arrange inside the toasted roll.

Top the meat with the hot French fries, then with the spicy ketchup.
Finish with the shredded lettuce and close the sandwich. Serve immediately.

That is the easy one person sandwich. But for the real local version, take rather 1-foot-long loaf and make one enormous sandwich for 4 !