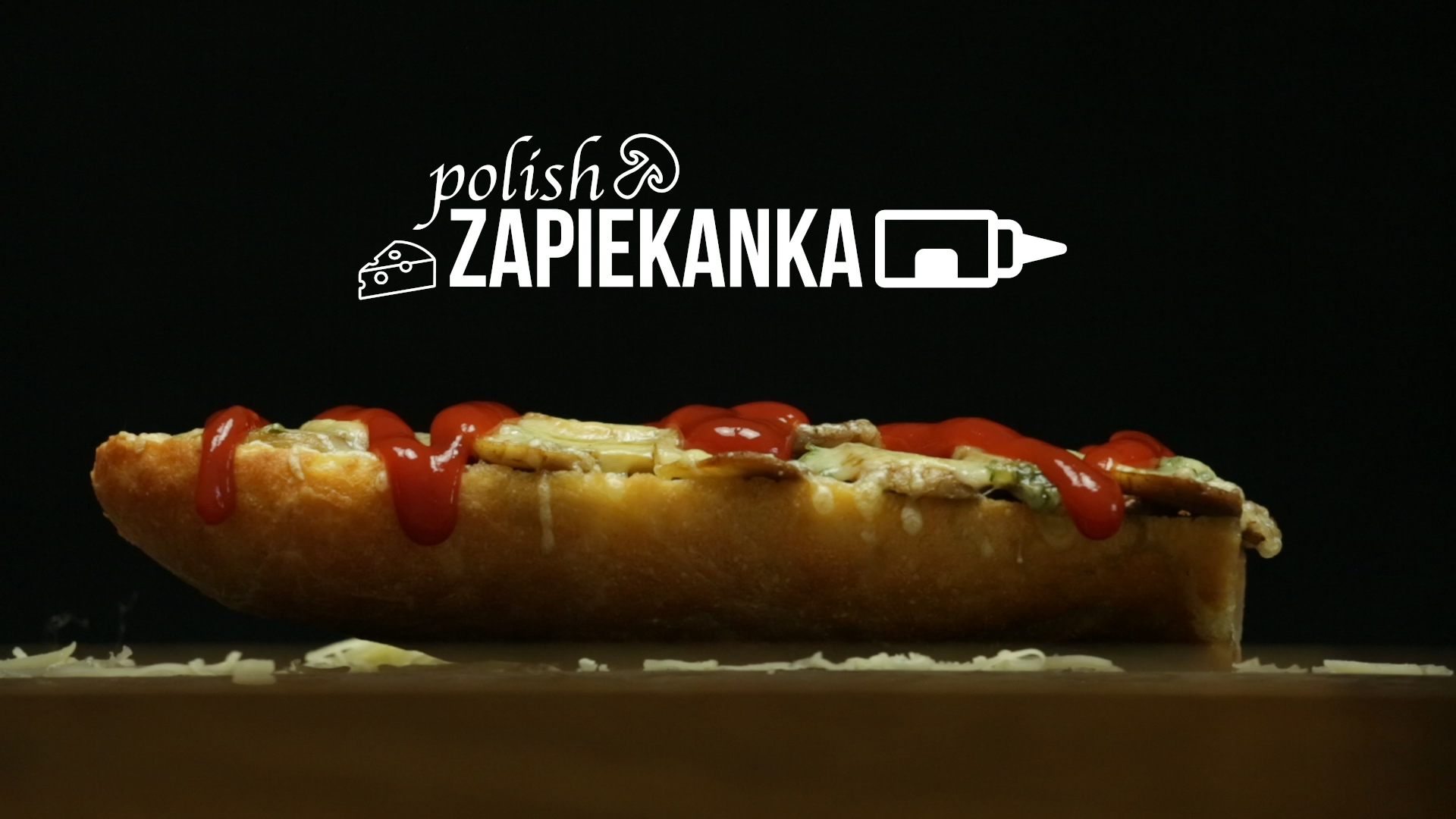 Zapiekanka is basically the Polish pizza. Cheap, crusty, yummy, and sold on every street corner, especially at night, its ingredients and variations are endless. Though the open-face sandwich is really popular and trendy today, it was originally the only fast food solution during the poor and austere times of the Communist Era.

From poor and austere Communist times…

Zapiekanka first appeared in the streets of Polish towns in the 1970s. Back then, the Communist government allowed a degree of private enterprise in the catering industry, which quickly led to a proliferation of small family food businesses. Because of food shortages, the choice for ingredients was quite limited. Zapienkanka (meaning roast in Polish) was the perfect answer to those restrictions. Served in the streets, along with traditional dishes from Polish cuisine such as sausages or ham soup, this sandwich was the answer to Western fast food: quick, cheap, comforting and quite tasty. Just imagine a grilled half-baguette, from 20 to 50 cm long, covered with sautéed mushrooms, melted cheese (such as gouda, cheddar or the Polish smoked sheep milk cheese oscypek), ketchup and chives… This might be the key to its current success!

Demand for zapiekanki fell with the reintroduction of market economy in the 90s, but survived in the flood of larger fast food chains. In the 21st century it has enjoyed a renewed demand, probably due to a wider range of varieties. Apart from the traditional version, Polish people can now find Zapiekanka “Diablo” (with bacon, pickled cucumbers and spicy sauce), “Gypsy” (with ham and sweet and sour sauce), “Greek” (with olives and feta cheese) or the usual “Hawaiian” version (with pineapple and barbecue sauce), all for the ridiculously cheap price of 3 to 7 złoty (1 – 2 euros).

So if you’re ever wandering the streets of Poland, particularly Krakow, really late at night or really early in the morning, don’t forget to taste this simple but comforting zapiekanka. If you don’t have a trip to Poland planned in the next months, don’t worry, the original recipe is ultra simple!

How to prepare a Zapiekanka Sandwich
(our version from the video)

Clean and cut your mushrooms before frying them in a pan in a bit of oil (with a chopped half onion and garlic if you like it). Add salt and pepper at the end.

Spread a bit of butter on one half of a baguette, add the mushrooms, cover with cheese and put in the oven for 5 – 10 minutes.

Once the cheese is melted and the bread crispy, take it out and drizzle with ketchup. To finish, sprinkle with fresh minced chives.